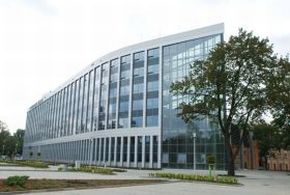 The beginning of DAP dates back to 1971 when the Chair of Technical Physics was transformed into Institute of Physics consisting of six research groups. One of them was „Acoustic methods in studies on semiconductors” and was being managed by Dr Zygmunt Kleszczewski. In 1981 r. the group changed its name to „Research Group of Solid State Acoustics” and was transformed into the Department of Solid State Acoustics in 1984. In 1986, the staff and research topics were extended by problems of semiconductor surfaces and interfaces including studies on metal-oxide-semiconductor (MOS) structures. The department changed its name to the current one on the 1st of Septemeber 2002. Professor Z. Kleszczewski was managing DAP until his death in 2003. The current head of DAP is Professor Jerzy Bodzenta. In September 2009, some staff of the former Department of Electron Technology and of the former Department of Optoelectronics went over to DAP.